Knowledge and practical skills do not finish in 1 year.

Home » Blog » Knowledge and practical skills do not finish in 1 year. 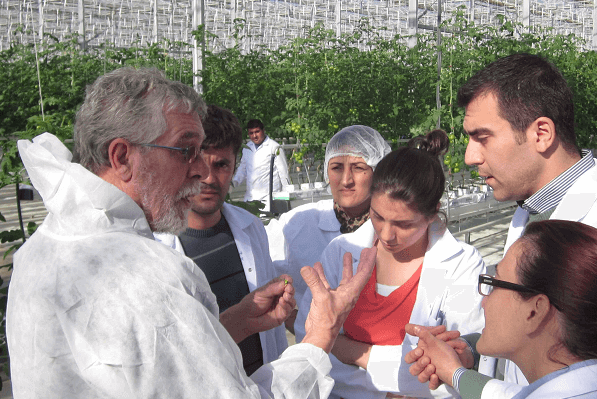 The investment that is made at the start of a horticulture project in Knowledge and Expertise is not a one-year action, but should be written off over a number of years.

Bilancia Horticulture Projects BV tries by means of on-site supervision and training to get start-up horticulture projects on the rails. This requires an investment from the owner / investor in knowledge and expertise. Also projects that have been under way for some time and want to make improvements, approach Bilancia with the request for support. But, as soon as the investment starts, the problems begin. The first comment you hear is “Can not it be a lot cheaper?”. Because they have not taken these costs into account. Costs that – due to a higher yield that can be achieved with the knowledge and expertise – can be recouped even in 1 year, But this knowledge and expertise is not used for 1 year, but for a considerable number of years., What an investment … that earns itself back very thick.

We only know that in “hardware” something that you can take hold of and not in things like “software”, which you can not actually take hold of.

In the first year, the ROI (return on investment) of the investment in knowledge and skills will not be recouped optimally, because mistakes will undoubtedly be made, which entail costs. But you must learn from your mistakes and it is the way to optimize your own people and streamline the processes in the organization.

If you do not invest in the knowledge and skills, then you do not know what you could have achieved in production. Not only in the first year, but also during all subsequent years.

In Russia we assisted a tomato-growing company. The company had just been built by a Dutch greenhouse builder. A few kilometers away was also a greenhouse built by a Dutch greenhouse builder. The management of the latter company did not find it necessary to invest in knowledge and expertise, the first company thought this was necessary. Both projects started growing tomatoes. At the end of the first year the balance sheet was drawn up and it was clear that the difference in yield was 15% higher in this case. Well you can say that with such a higher yield. That, due to lack of knowledge and skills, many mistakes are made and that therefore the yield can be left behind, one does not understand. And that is also difficult to make concrete. Because people are happy when they have reached 45 kilograms per m2 (company 2), where they have easily gained 55 to 60 kilograms per m2 (with company 1) with the right knowledge and skills. For clarity: The same varieties of tomatoes were grown.

The result is that the investors of company 1, decided to build a new greenhouse. But again with good guidance and training to ensure that the foundation is well laid, A foundation on which one can then continue to build.